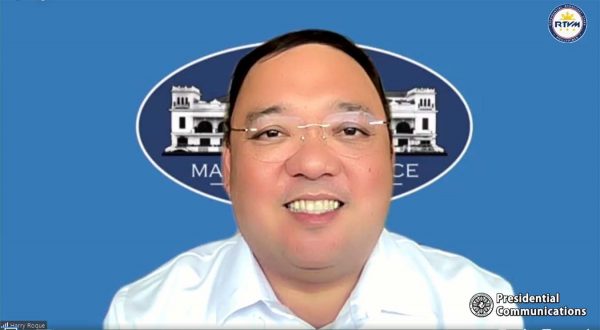 Limited face-to-face classes will soon be conducted in selected public and private schools in the country in areas with minimal risk for COVID-19, as President Rodrigo Roa Duterte has approved today, September 20, 2021, its pilot implementation.

Presidential Spokesperson Secretary Harry Roque made this announcement in a press briefing today and mentioned general guidelines on the pilot implementation as was approved by the President.

The Palace official added that the pilot implementation, which will run for two months, should have the support of the local government unit (LGU) through a letter of resolution or letter of support, and should have approval from parents of learners through a written consent.

In the same press briefing, Department of Education (DepEd) Secretary Leonor Briones said that the pilot face-to-face classes will be done in 100 public schools and 20 private schools. Secretary Briones said the DepEd already has a tentative list of the 100 public schools and is currently compiling the additional 20 private schools to be included in the pilot.

Sec Briones added that the DepEd is already preparing the curriculum and other details with regard to the pilot, which she said the Department has long prepared for, taking also into account how other countries are doing it in the current situation.

Meanwhile, on updates to the countryâs vaccination program, Roque said that a total of 41,414,015 vaccine doses have already been administered nationwide, as of the September 19, 2021 National COVID-19 Vaccination Dashboard. Of this number, 18,560,409 individuals are now fully vaccinated.

Roque added that in the National Capital Region (NCR), a total of 14,746,703 vaccine doses have already been administered, of which 6,488,914 are fully vaccinated, which is already 66.37 percent of the regionâs eligible target population.

âHabang tumataas ang nababakunahan, dumarami naman po ang ating vaccine supply. Bumuhos ang dating ng mga bakuna,â Roque remarked. A shipment containing 2,020,590 doses of Pfizer vaccines from the US government through the COVAX facility were delivered last night, September 19, while another 561,600 doses of Pfizer vaccines will be delivered later today, also a donation from the US government through COVAX.

Secretary Roque also mentioned about the arrival yesterday, September 19, of three million doses of Sinovac vaccines, which he said will be allotted for Regions 3, 4-A, 7, 11, and the NCR. Meanwhile, the 190,000 doses of Component II of Sputnik V that were delivered on Saturday, September 18, will be distributed to Bohol, Isabela, Bacoor City in Cavite, Metro Manila, and other areas in Regions 3 and 4-A, said Roque.

Also last Saturday, September 18, some 961,000 doses of Moderna vaccines arrived in the country, of which 712,800 doses were purchased by the national government, while 248,200 doses were purchased by the private sector. And last Friday, September 17, some 661,200 doses of AstraZeneca vaccines procured by LGUs and the private sector were also delivered, according to Roque. ###OPS