Palace announces date of Sinovac vaccine arrival, issuance of compassionate use for Sinopharm 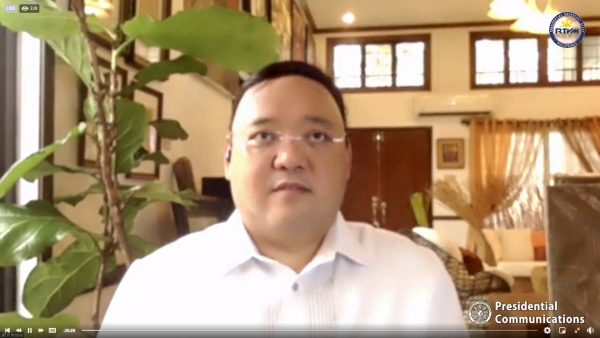 Presidential Spokesperson Secretary Harry Roque Jr announced in his press briefing today, February 11, that the vaccine from Sinovac will arrive in the Philippines on February 23.

Secretary Roque explained that while the vaccines from COVAX Facility are expected any time this month, the Philippine government has no control as to when is the exact date that COVAX will send the vaccines. âHindi po natin kontrolado yan dahil sila po talaga ang magdedesisyon kung kailan nila ipalalabas ang mga bakuna,â said Secretary Roque.

With regard to the Pfizer vaccine, the Palace spokesperson said that the first batch of Pfizer vaccines will be coming from Belgium where it is being manufactured. Sec. Roque said that as soon as the shipment of these vaccines are ready, it will be shipped from Brussels to London, then London to Manila by the countryâs national carrier.

Aside from the arrival of the Sinovac vaccine, Sec. Roque also announced that the Philippine Food and Drug Administration has issued a compassionate use license for 10,000 doses of the vaccine from Sinopharm for the use of the Presidential Security Group (PSG).

Meanwhile, even with the change in the expected schedule of the arrival of vaccines from the COVAX Facility, medical frontliners from the University of the Philippines-Philippine General Hospital (PGH) have already started to register for the vaccines as the PGH has been identified as one of the first health facilities that will receive the vaccines.

UP-PGH Director Dr. Gerardo âGapâ Legaspi said in the same press briefing that the PGH is ready to launch its vaccine deployment anytime as soon as a vaccine becomes available. Dr. Legaspi said that more than 5,000 of its personnel have registered to be vaccinated, and announced that they have already identified the first person who will receive the first dose of the vaccine among their ranks.

Dr. Legaspi assured that employees of the UP-PGH were informed that whichever vaccine was granted approval of the FDA will be considered safe and optimum, and that they will have themselves vaccinated with it.

National Task Force against COVID-19 (NTF) Deputy Chief Implementer Secretary Vivencio âVinceâ Dizon, in the same press briefing, lauded the local government units of the National Capital Region in their readiness for the vaccine rollout. Sec. Dizon also reported that the simulation exercise done in the Ninoy Aquino International Airport for the arrival, handling and transport of the vaccines was a success and that certain room for improvements were noted to be applied in the actual arrival of the vaccines.

Also, in continuation of the Office of the Presidential Spokespersonâs commitment to monitor the readiness of LGUs and provinces on the vaccine rollout, Bulacan Governor Daniel Fernando presented his provinceâs readiness and plans for the vaccine rollout in the same press briefing. Gov. Fernando said that his province has prepared fund to purchase vaccines to augment the needs of Bulacan municipalities, and that the provincial government is already preparing for the procurement of cold chain facilities for the storage of the vaccines.