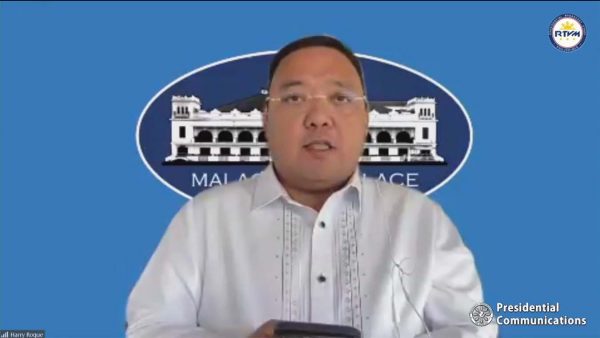 ï»¿With the economy remaining open amid the on-going pandemic, the Palace believes that this has helped improve investments in the country, with employment rates actually faring better than the same period last year.

Aside from these, Roque mentioned the assistance provided by other government financing institutions like the P5.28-B loan from Land Bank of the Philippines under its I-RESCUE Lending Program where 208 borrowers were assisted including MSMEs, and the DBP Response-MSME Recovery program where P12.5-B were disbursed to 346 beneficiaries.

Roque said that the loans guaranteed by the Philippine Guarantee Corporation under its MSME Credit Guarantee Program increased by 360 percent from PhP207-M in December 2020 to P952.5-M last month. He added that as of February 2021, the said programâs MSME beneficiaries reached 8,839.

In the same press briefing, Department of Finance Assistant Secretary Paola Alvarez relayed the clarification made by Finance Secretary Carlos Dominguez III during President Duterteâs Talk-to-the-People Address. Asec Alvarez said that the Philippinesâ Vaccination Deployment Program Budget is still PhP82.5-B, of which the PhP12.5-B will come from the General Appropriations Act; PhP58.4-B from loans from the World Bank (PhP24.3-B), Asian Development Bank (PhP19.5-B), and Asian Infrastructure Investment Bank (PhP14.6-B); and PhP11.6-B from savings and other ODA arrangements as necessary.

Meanwhile, Metropolitan Manila Development Authority Chairperson Benjamin Abalos Jr, in the same press briefing, assured that the Metro Manila LGUs are one in enforcing major policies and has been cooperating and helping one another to control the infection and lower the number of cases.

On another matter, National Task Force against COVID-19 Special Adviser Dr. Ted Herbosa said that abolishing the Inter-Agency Task Force (IATF) and replacing it with another inter-agency body in the middle of our response to COVID-19 would be detrimental to everyone. Dr. Herbosa emphasized that we now know what works and what doesnât work unlike a year ago, and that the current numbers are not indicative that the IATF did or didnât do anything but because of the nature of the virus and the presence of the new variants. ### OPS-PCOO