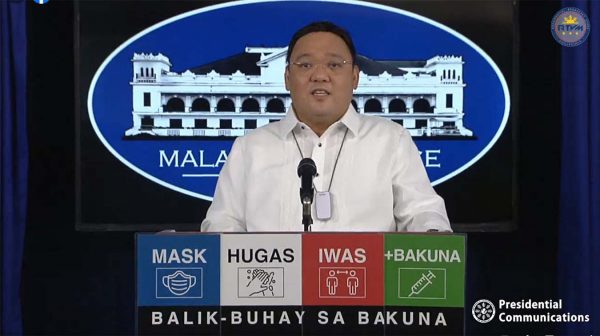 Some 10.9 million low-income individuals and families or bottom 80 percent of the population of Metro Manila will receive cash aid from the national government for this round of Enhanced Community Quarantine (ECQ) in the National Capital Region from August 6 to 20, 2021.

As has been announced previously, each identified beneficiary will receive P1,000, while each affected low-income families can receive as much as P4,000 cash aid assistance, said Sec. Roque.

The decision on when to distribute the said financial assistance has been delegated to the LGUs said Department of Social Welfare and Development (DSWD) Secretary Rolando Bautista. The DSWD chief added that the budget for the financial assistance for Laguna has already been sent by the DBM to the Office of the President, while for Bataan, the number of beneficiaries is still being determined per the recommendation of the LGU.

Sec. Roque added that according to information from the DBM, the proposed financial assistance for Laguna is P2.715-B, which is based on the list of actual disbursement and number of beneficiaries last April 2021 when Laguna was also placed on ECQ.

Also in the same press briefing, Department of the Interior and Local Government (DILG) Undersecretary Jonathan Malaya emphasized that while LGUs are given only 15 days to finish the distribution of the financial assistance, LGUs may not be able to release funds that fast since there are many other factors to consider including the identification of distribution sites and giving authority to special disbursing officers to release the cash assistance, to ensuring that the distribution will not be a superspreader event.

Meanwhile, on the continued vaccination of target populations during the ECQ period, National Task Force Against COVID-19 (NTF) Deputy Chief Implementer Secretary Vivencio âVinceâ Dizon is confident that through the leadership of the NTF Vaccine Cluster, ramping up the vaccination target to 750,000 up to one million doses of vaccines administered in a day is attainable as long as there is enough supply of vaccines.

Sec. Dizon underscored that the country has already recorded a highest daily jab rate of around 710,000 doses administered last week, and called on the cooperation of everyone to reach the vaccination targets of the national government, especially since the country is seemingly in a race against the more highly transmissible Delta variant.

On another matter, Sec. Roque thanked all athletes, coaches, trainers, and mentors who are part of the Philippinesâ Tokyo Olympics bid. Roque said the Philippines has attained its best Olympics performance in history with its best performance ever of one gold medal, two silver medals, and one bronze medal.